“Once Is An Accident, Twice A Coincidence, Three Times A Habit” – a review of “Mozart in Italia” by Prof. Cliff Eisen 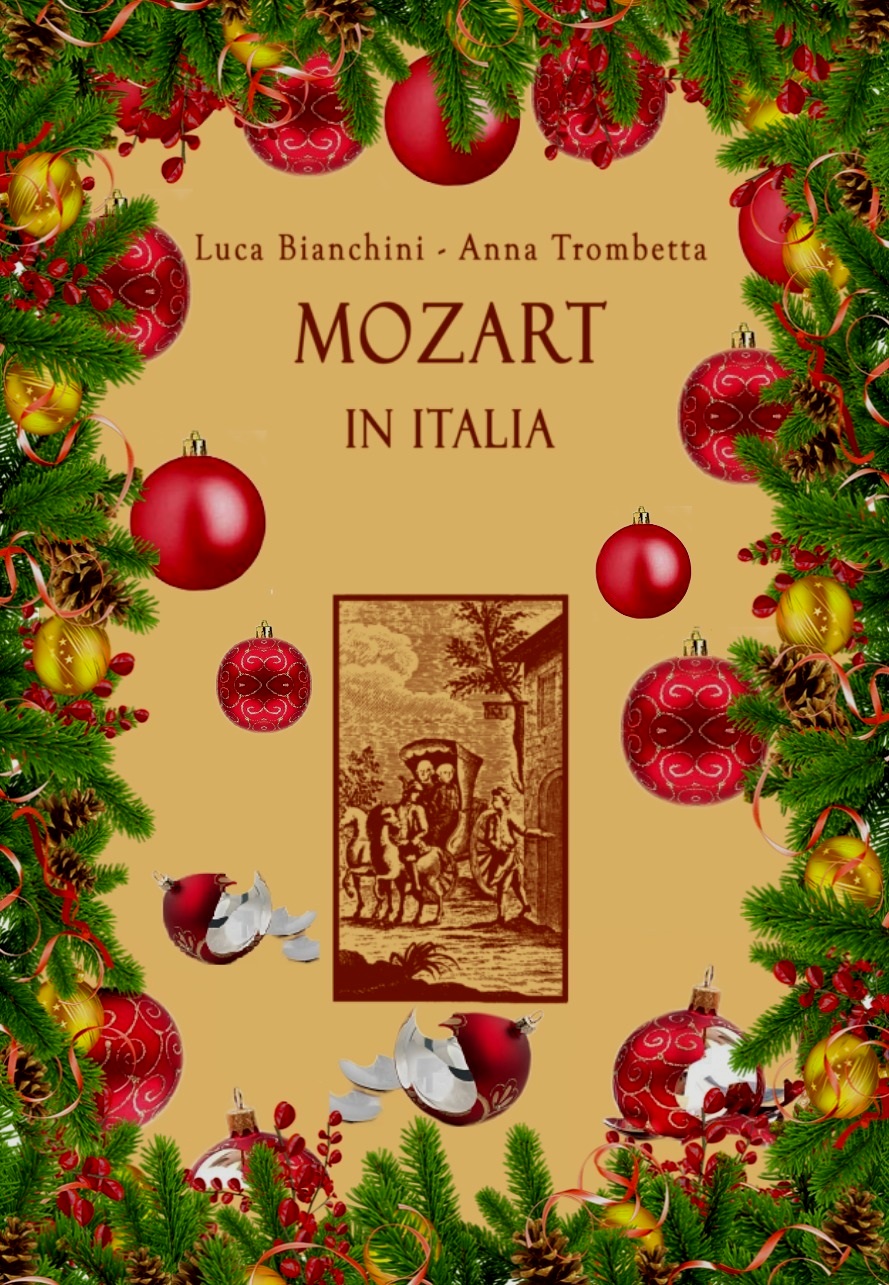 Since the late 1990s, Luca Bianchini and his wife Anna Trombetta, both support teachers for disadvantaged teenagers in the town of Sondrio (Northern Italy), launched a cottage industry in the domain of music history. Their main goal is ‘debunking’ the alleged Austro-German and Anglosaxon ‘imperialism’ in musicology and music marketing, which they brand as a Nazi, Jesuit and Illuminati conspiracy to whitewash the contribution of “non-Aryan” ethnic groups to the rise of the so-told Classic Canon, particularly through the fabrication of Bach, Handel, Mozart and Haydn as geniuses and cultural heroes.

Their tracts, videos and self-published books in excess of half a dozen, largely advertised on a variety of websites and social media, received little or no recognition from the Italian academia, plus a few scathing reviews on specialized magazines. In their ongoing marketing campaign for their latest publication (Mozart in Italia, November 2021) Bianchini and Trombetta aim at refurbishing their tarnished image at home by bragging about their connections with the scholarly community worldwide. In so doing, they cite a few reputed Anglo-Saxon scholars, among which, according to their own unchecked narrative, their advice and purported discoveries are avidly sought after.

A first disclaimer, both in English and Italian, came days ago from Dr. Daniel E. Freeman, lecturer at Minnesota University and paramount expert on the Czech composer Josef Mysliveček (read it here); now it comes to Prof. Cliff Eisen, a renowned Mozart scholar based since 1997 in the Department of Music at King’s College London. Prof. Eisen received the Alfred Einstein Award of the American Musicological Society in 1992; his research focuses on the Classical period, particularly Mozart. He has written extensively on the issues of authenticity surrounding the works of Leopold Mozart and his son, Wolfgang. Other publications of his deal with Mozart’s chamber music, and his life in contemporary documentation such as letters, third-part testimonies, and portraits.

Our “Accademia della Bufala” (The Hoax Academy) thanks Prof. Eisen for allowing the premiere publication on our website of his review of the aforementioned book by Bianchini and Trombetta. It is hoped that Prof. Neal Zaslaw, currently the principal editor of the revised Köchel catalogue, will join in with his authoritative witness. As the saying goes, “once is an accident, twice a coincidence, three times a habit”.

In their book Mozart in Italia, Luca Bianchini and Anna Trombetta state at p. 8 that I had a fruitful exchange of ideas with them, implying both support and approval of their work. And on Facebook, they claim I reached out to them. Nothing could be farther from the truth. I did not reach out to Bianchini and Trombetta, they approached me. And our supposed fruitful exchange of ideas was nothing of the sort. Rather, I pointed out a number of problems with their work, none of which, apparently, have been addressed. I think it is worth pointing out here what some of those problems are, so that potential readers are not misled, either by the authors themselves or by positive commentaries that may be fabricated, that may or may not be impartial, or are just uninformed.

Among a number of other problems, the authors make several assertions for which there is no evidence or that are incorrect, including that Leopold Mozart directed Mitridate (he didn’t), that the Mozarts probably got a score of Gasparini’s Mitridate from Martini (there’s no evidence), that Leopold didn’t understand Italian (not true), and that the Mozarts had no experience of opera seria (also not true since they heard opera seria on the Grand Tour and it has been documented that several such works circulated in Salzburg no later than the 1760s). To be sure, these are trivial mistakes and misrepresentations since in the end they don’t really affect the argument – they only give the impression that the authors have jumped to conclusions and not done their homework.

What is serious, however, is their mistakes with respect to the sources and in particular that most of the surviving sources of Mozart’s Mitridate are in Leopold’s hand. This simply isn’t the case, as anyone can see from either the critical report to the edition of Mitridate published in the Neue Mozart-Ausgabe or published facsimiles of parts of the opera. They also invent non-existent sources, including a source in which Leopold Mozart writes down strings, voice and bass lines for part of the opera and Wolfgang simply copies what Leopold was writing by hacking and transforming Gasparini’s Mitridate (p. 291 sgg.). I really don’t know what the point of these fabrications is except to argue that Leopold was a plagiarist, Mozart really didn’t know how to compose after all, and – what seems to be lurking in the background – that Gasparini was a better composer. None of this makes sense, either historically or source-wise.

There’s a long section, too, in which the authors invite readers to learn how to plagiarize – yes, you too, can write your own opera seria just like the Mozarts conned their way into presenting themselves as serious composers! Leaving aside that the argument of plagiarism depends on faulty reasoning to begin with, this section of their book is entirely unnecessary. The authors give what sounds like an original argument – rewrite the bass to an existing work, then rewrite the melody to your new bass. But that way of composing was already well-known in the eighteenth century and is documented in published treatises. So there was no need for Bianchini and Trombetta to give the impression their idea is a new one, and it adds nothing to their argument. In any case, in discussing what was and wasn’t possible with respect to rhythms and harmonic and melodic progressions, their mathematical reasoning is specious. They don’t sufficiently take into account conventions of the time or the demands of Italian prosody. There was not an infinite possibilities of next notes, or next chords, or next rhythms, as they would have us believe. And this simply serves to undermine, rather than reinforce, their argument.

Finally, I’m not sure Bianchini and Trombetta understand either how to read Mozart’s notation or what an edition represents. They cite in particular a transcription of the incipit to K62 in Mozart’s letter of 4 August 1770, noting that (sloppy) scholars have continually got the rhythmic values wrong since they do not add up to the proper meter in either the treble or bass clefs. The fact is, though, that the editions do get the rhythms right as Mozart wrote them, that it’s not previous scholars who don’t know how to count, but Bianchini and Trombetta who do not accurately read the rhythms Mozart wrote or understand that an edition can’t tacitly or willfully change a source without some sort of commentary. Nor do they understand that the incipit in Mozart’s letter is not ‘proper’ notation but a snapshot of what happens at the start of the piece, melodically and harmonically, and therefore not bound to absolute accuracy, only to absolute identification. This is no trivial matter, no cavil about a complaint that really isn’t all that important in the long run. Rather it’s another demonstration of jumping to conclusions and misreading the sources. If those are the two outstanding features of Mozart in Italia, then readers should be warned.