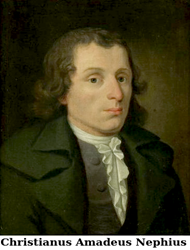 [for an extensive introduction about the context, written by Carlo Vitali, please see the italian version of this article.]

As a musicologist who has worked extensively for many years with the sources from the Bonn court music library held today in the Biblioteca Estense e Universitaria at Modena, I believe I am in a position to evaluate many of the claims that Agostino Taboga continues to make regarding what these sources allegedly prove about Andrea Luchesi and his compositional career. Full disclosure: I was part of the University of Vienna research project which Taboga criticizes here and in multiple blog postings. But I have no interest in responding in detail to his criticisms of our project and the publications that have resulted from it (given Mr. Taboga’s tendency for prolix, and to rewrite his blog postings frequently, such an endeavor would resemble the popular arcade game “Whack-A-Mole”). Rather I think they are instructive as to the way in which he utilizes any scholarly work that might support his theories and ignores or attacks any scholarship that undermines them.

Agostino Taboga, as his father Giorgio before him, wishes to prove that Luchesi composed many of the works attributed to more famous composers, and to do so he would like to demonstrate using watermark analysis that these works’ Bonn copies were consistently much older than that of the works’ autographs, which he deems “fakes”. The post here is motivated by his larger revisionist project, mixing known biographical facts and speculative flights of fancy with unearned conclusions about Luchesi’s surviving compositions in Modena. My own nine years of watermark and copyist research — the fruits of which have just appeared in an article in “Bonner Beethoven-Studien” (volume 13, 2022) — establishes a timeline of paper usage in Bonn that diverges considerably from Taboga’s wishful thinking.

No doubt, he will attempt to discredit this research using the same methods that he attempts to discredit other established musicologists: through insinuation of bias, through ad hominem argument (“of course” a research team in Vienna will believe Mozart over Luchesi!), and through an abuse of codicological methodology. The first two of these are transparent enough to the critical reader and can be easily disregarded, but the third would require much more energy to refute. I intend to do so more thoroughly in a future article for Accademia della Bufala, but here is a short preview:

The Bonn sources in Modena are quite extensive, by our estimation encompassing around 1,500 shelf marks and including tens of thousands of leaves of music manuscript paper. For comparison, from the famous Mannheim Hofkapelle, only 350 music manuscripts have survived. An individual source can be extremely complex, often mixing multiple layers of material that were written by different scribes working in different places at different times, a process that could span decades. Before 2013, this sub-collection had never been systematically identified within the general holdings of the Biblioteca Estense, much less studied in detail. And without a systematic overview, it is hopeless to draw conclusions from any one source. This kind of careful work is time-consuming and requires dispassionate analysis of and comparison between not only the musical sources at hand, but corresponding archival material, most of it elsewhere. Doing this work properly is the very opposite of the “affrettato” that we are accused of here. On the other hand, with such vast and complex material, it is far easier to make wild claims and cherry-pick a page or two of music paper that appear to confirm them, especially when they’re accompanied by pretty illustrations and lots of data that looks complex and meaningful at first glance. Upon closer scrutiny, however, these are revealed for what they really are: to paraphrase a best-selling playwright (who also wrote his own works), “sound and fury signifying nothing.”

[*] John D. Wilson is currently a guest researcher (Gastforscher) at the Osterreichische Akademie der Wissenschaften and a postdoctoral researcher at the University of Vienna’s Institut für Musikwissenschaft, where he leads the project “Concert Life in Vienna 1780–1830.” His previous research has focused on music at the Bonn electoral court in the late 18th century more generally, and the young Beethoven in particular. His biography, Young Beethoven, is in progress.